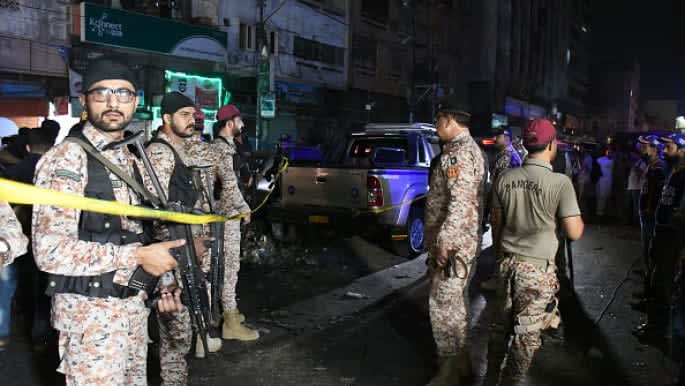 One person was killed and 13 injured in a bomb blast late Thursday in Karachi, police said, in the second attack by separatist militants to hit Pakistan’s most populous city in recent weeks. The explosion in the Saddar neighbourhood was claimed by the Sindhudesh Revolutionary Army (SRA) — a dissident faction fighting for independence in the province of Sindh. In a statement released on Telegram the SRA said it planted a “remote control bomb” targeting a coastguard vehicle and vowed to “continue its resistance struggle till complete freedom”. The bomb detonated at around 11:00 pm (1800 GMT) bu…

US Defence Secretary in Kabul for unannounced visit